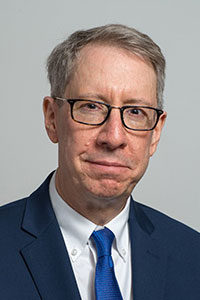 independent American attorney, Certified Anti-Money Laundering Specialist (CAMS), CipherTrace Certified Examiner (CTCE), and former U.S. banking regulator (FDIC) who has specialized in BSA/AML issues for over 20 years. He has been a consultant to the International Monetary Fund (IMF) on banking and AML/CFT matters since 1997 and in that capacity drafted legislation, conducted AML/CFT assessments, and trained government officials in numerous countries. On behalf of the IMF, he was part of the assessment teams for a number of OFCs including St. Vincent and the Grenadines, Bermuda, and Jersey. He has also participated in two monitorships imposed by U.S. regulators after AML and other compliance failures (AIG and BNP Paribas) and has been named as an expert witness in 18 civil and criminal cases involving AML compliance issues in the U.S. and Canada.

Ross is a frequent speaker at seminars and conferences throughout the world, has appeared on TRT World News (the English language channel of the Turkish government), CNN International and BBC TV News and has been quoted in numerous publications, including the New York Times, the Washington Post, the Wall Street Journal, the New Yorker, Bloomberg, the American Banker, Reuters, the Times of London, the Hindu Business Line (India) and the Nikkei (Japan).

He and his wife recently moved from Washington, DC to St. Louis, MO to be closer to their four grandchildren. For more information and to connect on LinkedIn, please see www.linkedin.com/in/rossdelston

Not Admitted in Missouri